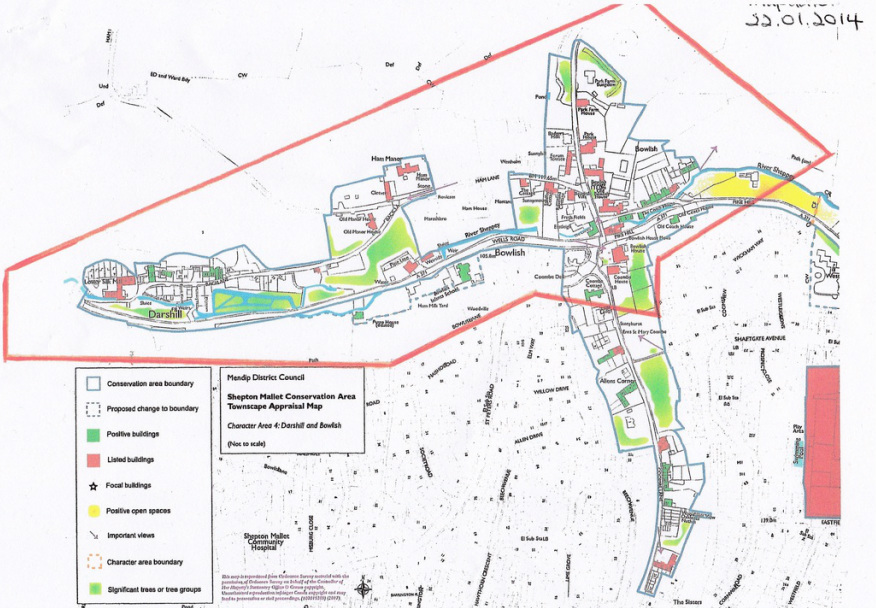 The name of the society shall be:

The society is established for the public benefit for the following purposes in the area comprising the land edged red on the map dated 22.01.2014, which area shall hereinafter be referred to as “the area of benefit”

(ii)        To educate the public in geography, history, natural history, and architecture of the area of benefit

(iii)       To secure the conservation and preservation protection, development and improvement of features of historic or public interest in the area of benefit

(3)        To act as a co-ordinating body and to co-operate with the local authorities, planning committees, and all other statutory authorities, voluntary organisations, charities, and persons having aims similar to those of the Society

(6)        To make surveys and prepare maps and plans and collect information in relation to any place, erection or building of beauty or historic interest within the area of benefit

(8)        To educate public opinion and to give advice and information

(9)        To raise funds and to invite and receive contributions from any person or persons whatsoever by way of subscription, donation, and otherwise; provided that the Society shall not undertake any permanent trading activities in raising funds for its primary purpose

(10)      To acquire, by purchase, gift, or otherwise, property whether subject to any special trust or not

(11)      Subject to such consents as may be required by law, to sell, let, mortgage, dispose of, or turn to account all or any of the property or funds of the Society as shall be necessary

(12)      Subject to such consents as may be required by law, to borrow or raise money for the purposes of the Society on such terms and on such security as the Executive Committee shall think fit, but so that the liability of individual members of the Society shall in no case extend beyond the amount of respective annual subscriptions

Membership shall be open to all who are, or have been, resident in the area and to

The subscription shall be £10 per adult or such other reasonable sum as the Executive Committee shall determine from time to time, and it shall be payable on or before the 30th April each year. Membership will lapse if the subscription is unpaid three months after it is due

Nominations for the election of Officers shall be made in writing to the Honorary Secretary at least 14 days before the Annual General Meeting. Such nominations shall be supported by a seconder, and the consent of the proposed nominee must first have been obtained. The election of Officers shall be completed prior to the election of further Executive Committee Members. Nominees for election as Officers or Committee Members shall declare, at the annual general meeting at which their election is to be considered, any financial or professional interest known, or likely to be of concern to the Society

The Officers of the Society shall consist of –

all of whom shall relinquish their office every year and shall be eligible for re-election at the Annual General Meeting. A President and Vice-Presidents may also be elected at a General Meeting of the Society, for periods to be decided at such a meeting. The Executive Committee shall have the power to fill casual vacancies occurring among the Officers of the Society

10. Expenses Of Administration and Application Of Funds:

All monies at any time belonging to the Society and not required for immediate application for its purposes shall be invested by the Executive Committee in or upon such investment, securities, or property as it may think fit, subject nevertheless to such authority, approval, or consent by the Charity Commissioners as may for the time being be required by law or by the special trusts affecting any property in the hands of the Executive Committee

This Constitution may be amended by a two-thirds majority of members present at an Annual General Meeting or Special General Meeting of the Society, provided that twenty eight days’ notice of the proposed amendment has been given to all members, and provided that nothing therein contained shall authorize any amendment the effect of which would be to cause the Society at any time to cease to be a charity in law, and provided further that no amendments shall be made to clause 2, clause 15, or this clause until the approval in writing of the Charity Commissioners or other authority having charitable jurisdiction shall have been obtained