Let us have your photos and we will publish them here!

​There was a good turnout on Friday, 31st May as 10 people attended the Bat Walk led by Adel Avery from the Somerset Bat Group. Adel began the evening with a  general talk and proceeded to share the detection methods, demonstrating from a recording, the sound we could expect to hear on our bat detectors.
​Observed species were the Common Pipistrelle, Soprano Pipistrelle, Greater Horseshoe, Serotine and two Noctules, which were detected at the beginning. Five Greater Horseshoe Bats were detected in the area, which was a lower number than expected, due possibly  to a  shortage of their food, which includes May Bugs.  The Serotine was much observed during this session and is a new addition to the list of bats observed in our area since the start of the surveys.
​
Observations made by JWilliams
Thank you to A Avery for her time and  sharing her knowledge with DBCS and to J Williams for organising this event.
DBCS Botany Walk, 24th April 2019
Dr. Helena Crouch led a group of 10 members on a Botany Walk on a rainy Wednesday morning. The group visited J. Williams’ paddock, the verges of Ham Lane and Back Lane and the Millpond bank. This was a very educational and entertaining experience even though the weather was trying to dampen spirits.
Thank you to  Helen for donating her time and expertise and to Jane for organising this event. 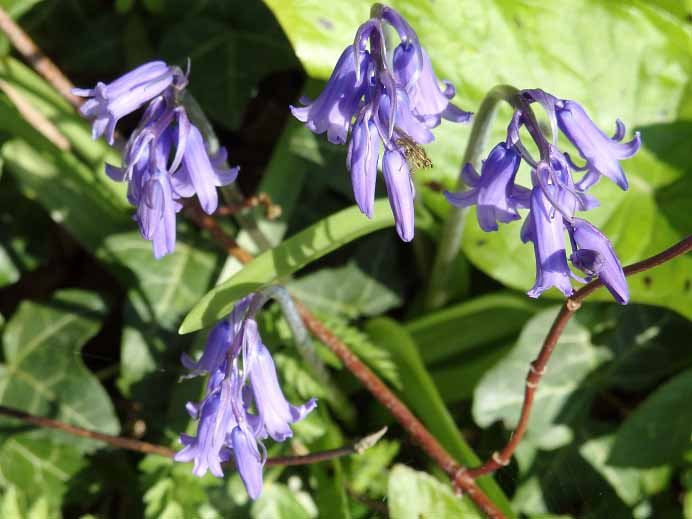 Hybridised Primula, Bowlish. 24/4/2019
Bat Walk May 2018
The results from the bat walk on Saturday 12th May, were successful with 5 species identified (as shown below) with bat detectors during a dry chilly evening.
The walk was led by Adel Avery and Peter Gulliver from Somerset Bat Group with twelve people attending. 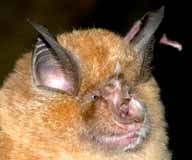 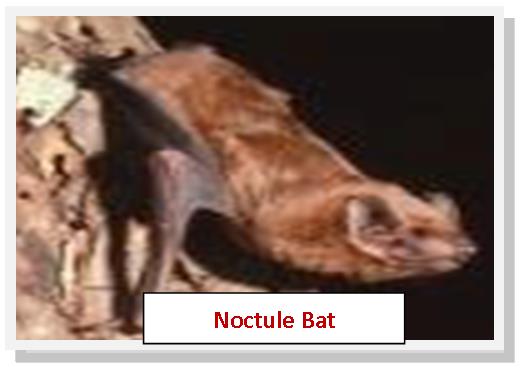 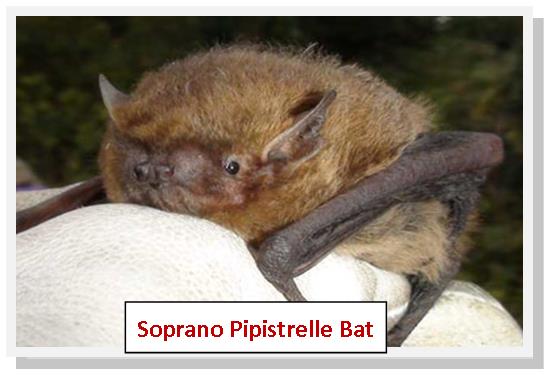 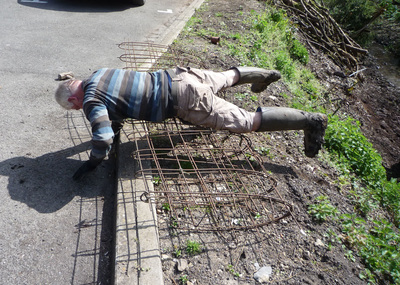 Our Chairman at play 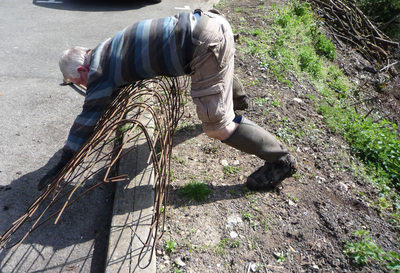 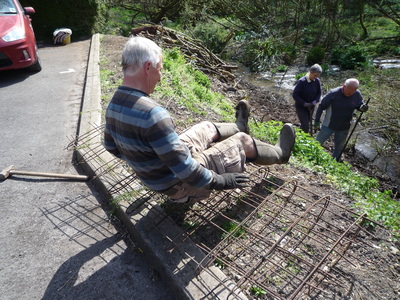 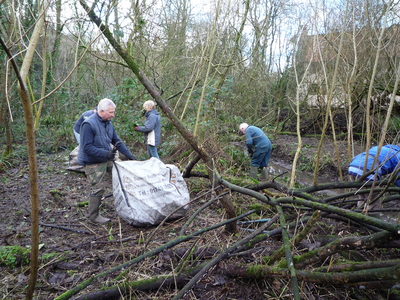 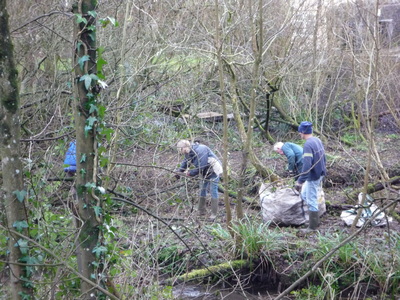 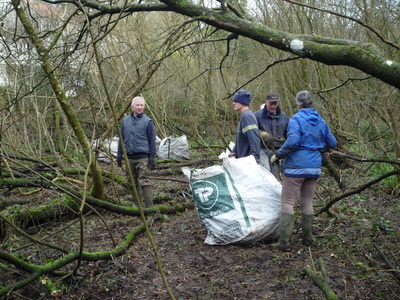 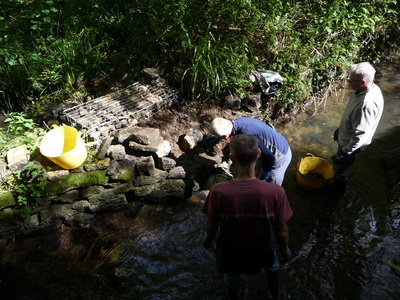 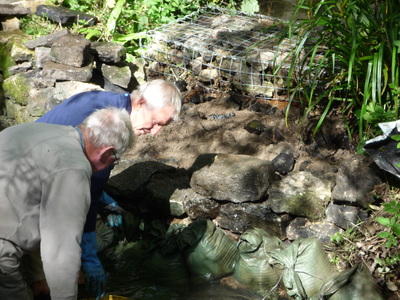 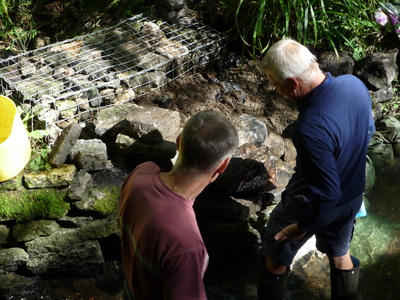 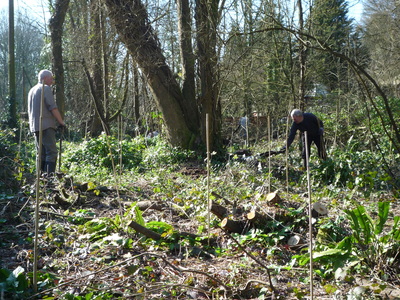 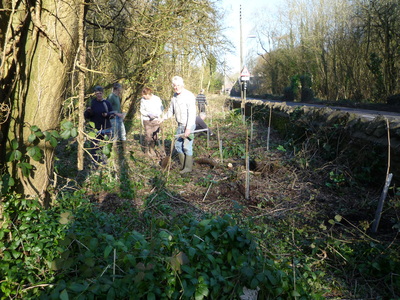 Planting all 120 whips!
The Rise and Fall of the Bund
Working Party 10th November 2013 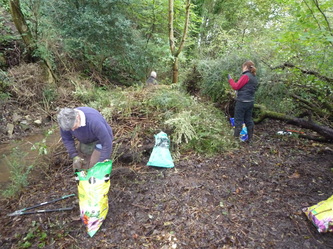 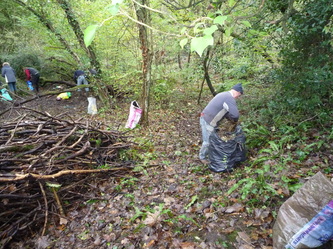 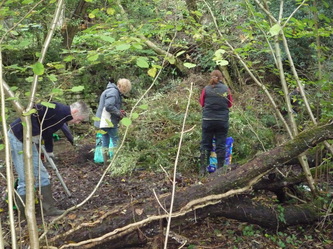 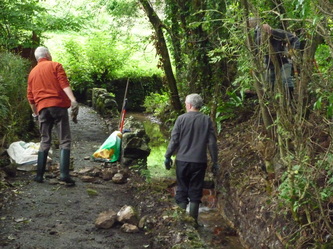 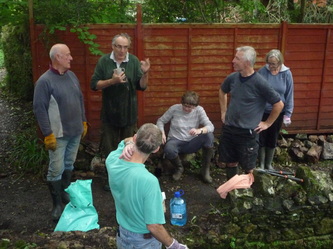 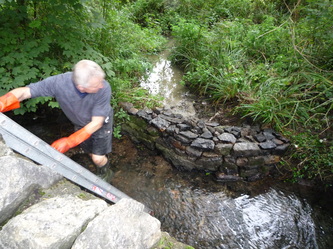 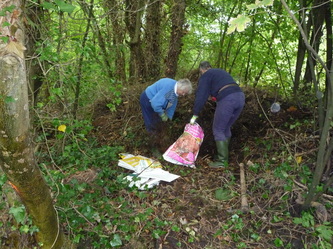 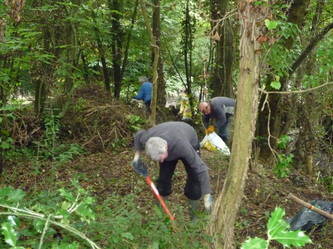