The accounts this year are again dominated by the monies applicable to the Darshill & Bowlish Heritage Project (HP), towards which significant funding was granted by the National Lottery Heritage Lottery Fund (HLF)

For clarity and also meet HLF audit needs, a separate bank account is operated for the HP and its’ income and expenditure is shown here separate to that for ongoing DBCS activities. NatWest currently make no charges for accounts operated by registered charities

Again during this past year, neither the Chairman, Secretary, Treasurer, Webmaster nor Heritage Project Lead claimed for any of their administrative expenditure
ONGOING DBCS ACTIVITIES
Expenditure during the past 12 months reflected DBCS ongoing activities, except for three items that merit mention. Legal Fees were the costs incurred in removing a Trustee, who had resigned, from our land titles held at the Land Registry, TCV Membership was free for 1 year courtesy of the
People’s Postcode Lottery, whilst it is sad to report that the Car Park gate was vandalised and the lock stolen

Income benefitted from a contribution by the Heritage Project to Admin Costs and Public Liability Insurance; the Admin Costs were those incurred by the Hon. Secretary and Heritage Project Lead but effectively donated to the Society. It was disappointing that no income was received from Amazon Smile possibly due to members not nominating DBCS as a beneficiary of their Amazon Smile account? (The original notification to members dated 21st November 2019 is attached as an appendix to this report). Donations, as always, were gratefully received

Going forwards we need to build a reserve to cover possible tree surgery to the tall mature trees along the river bank of Millpond Island 8 and those on the Springs Site adjacent the Wells Road pavement. A longer term aim would be to acquire the piece of land known as the ‘Stonebrook Triangle’, being the small triangular piece of land between the public footpath from Back Lane to the Wells Road and the bend in the Millpond stream at Darshill Docks. That piece of land was left behind when the Section 106 transfer of the Millpond was made to DBCS and the land is currently held bona vacantia by the Crown from whom it would cost around £2,000 in fees/costs to acquire 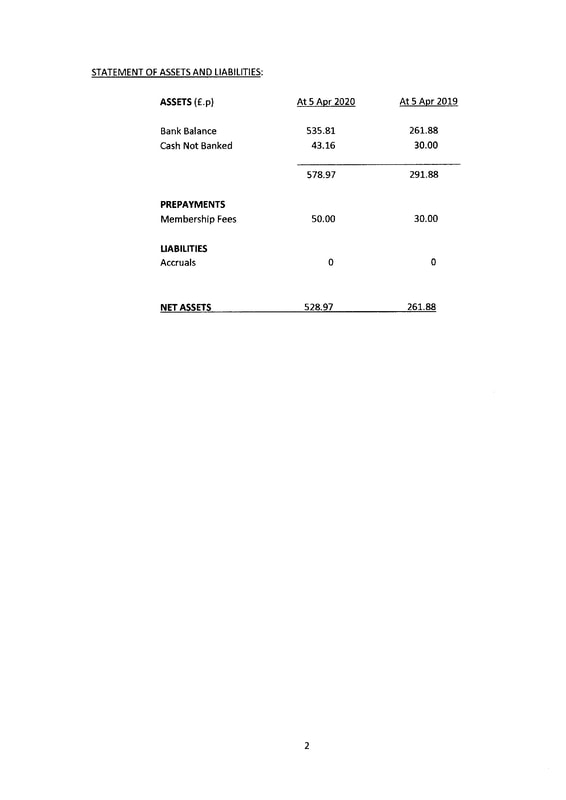 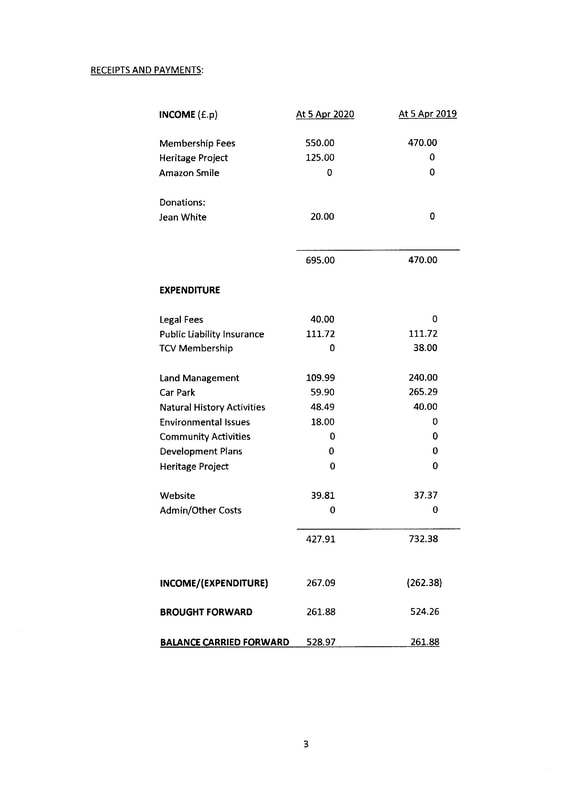 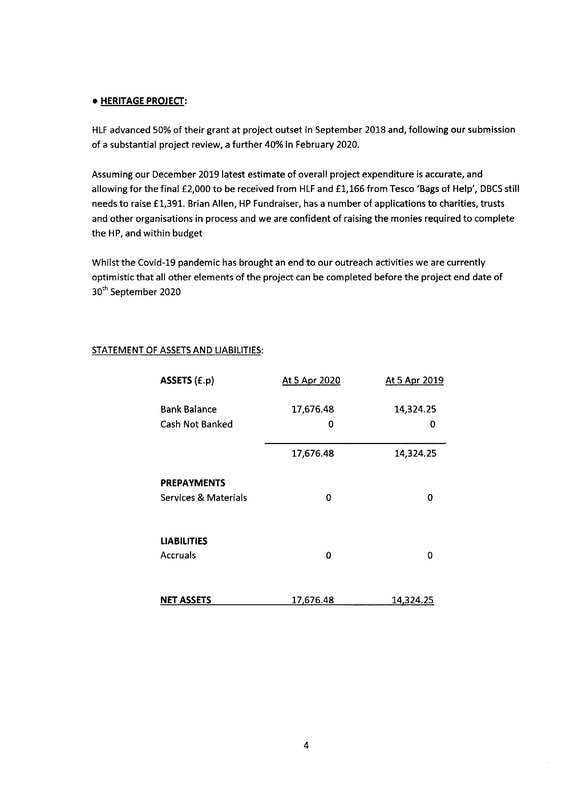 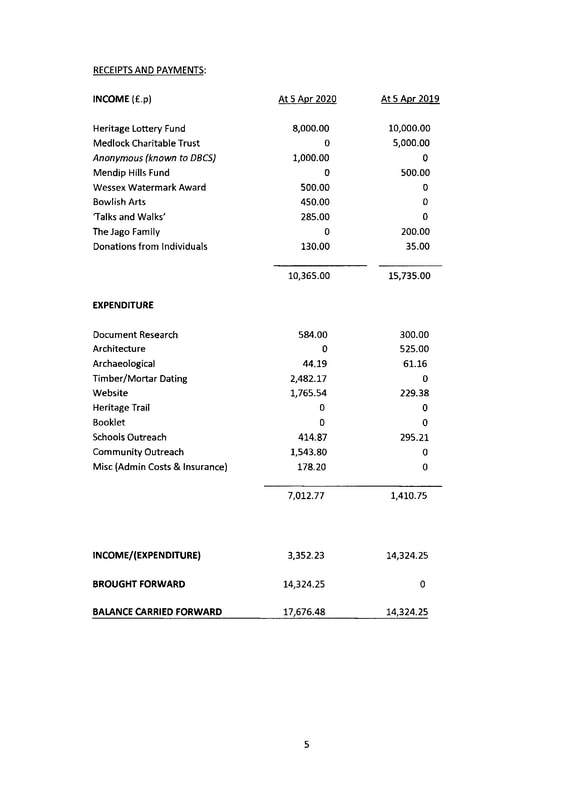 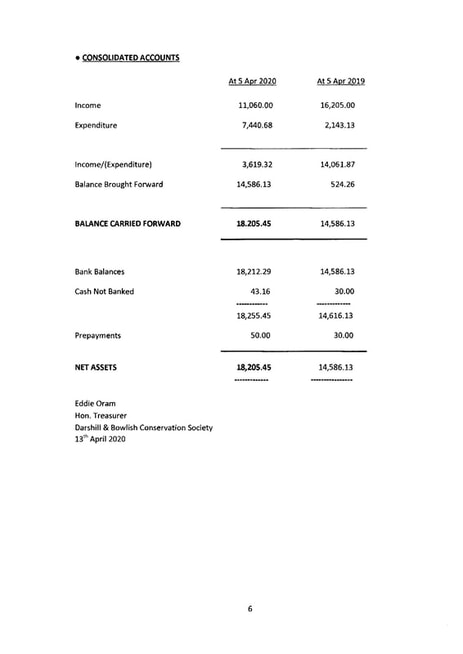 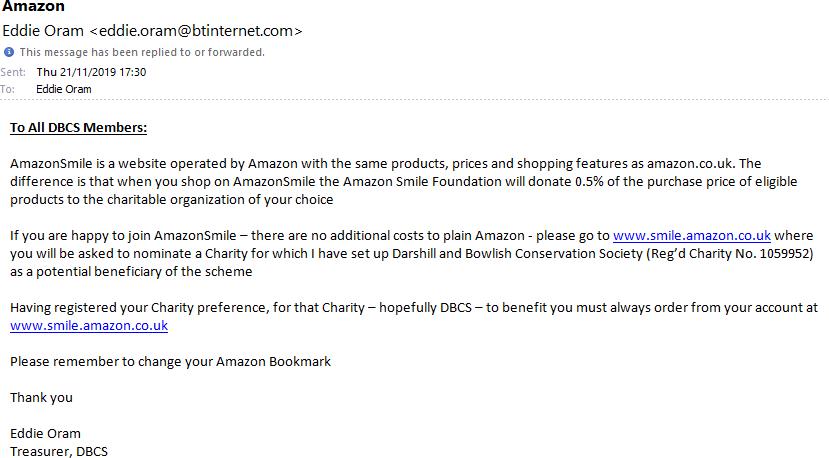